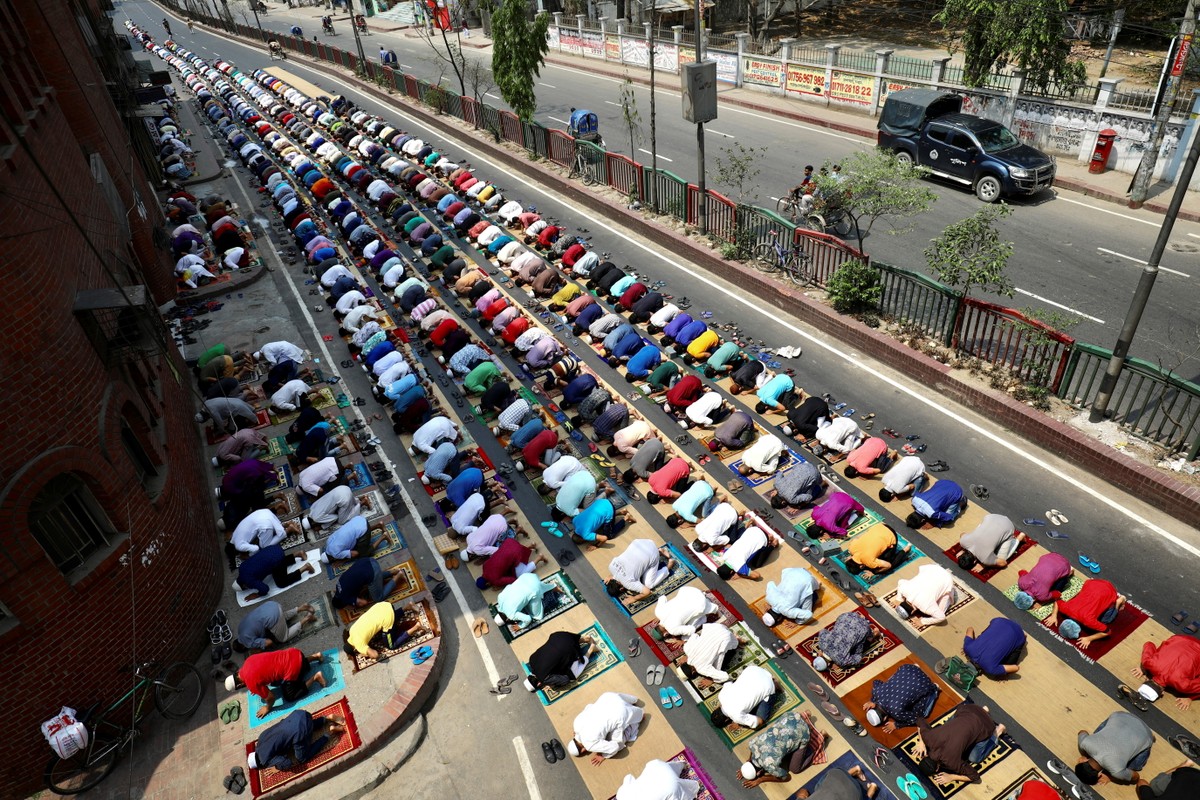 Local police officer Azizul Islam told Reuters that police opened fire after about 2,000 protesters started throwing bricks and stones at police officers at a coal-burning power plant in the southeastern city of Chittagong.

“We are trying to control the situation,” Islam said, adding that at least six policemen were among the injured.

Local government official Saidusman Chaudhry said workers would protest against unpaid wages and reduce pay rises and hours during the holy month of Ramadan, which began this week.

Muslims attend Friday prayers in front of a mosque in the capital, Dhaka, on April 16 as part of the holy month of Ramadan – Photo: Mohammed Bonir Hossain / Reuters

He said many of the injured workers had gunshot wounds and were taken to a hospital in Chittagong, where all five were shot dead.

The $ 2.4 billion power plant is a major source of foreign investment in Bangladesh and is part of China’s ongoing plans to promote closer ties with the country.

That year, four protesters opposed to its construction were killed when police opened fire during clashes between residents who spoke for and against the project.

See also  The day before leaving for the United States, travelers should check the Govt
In this article: