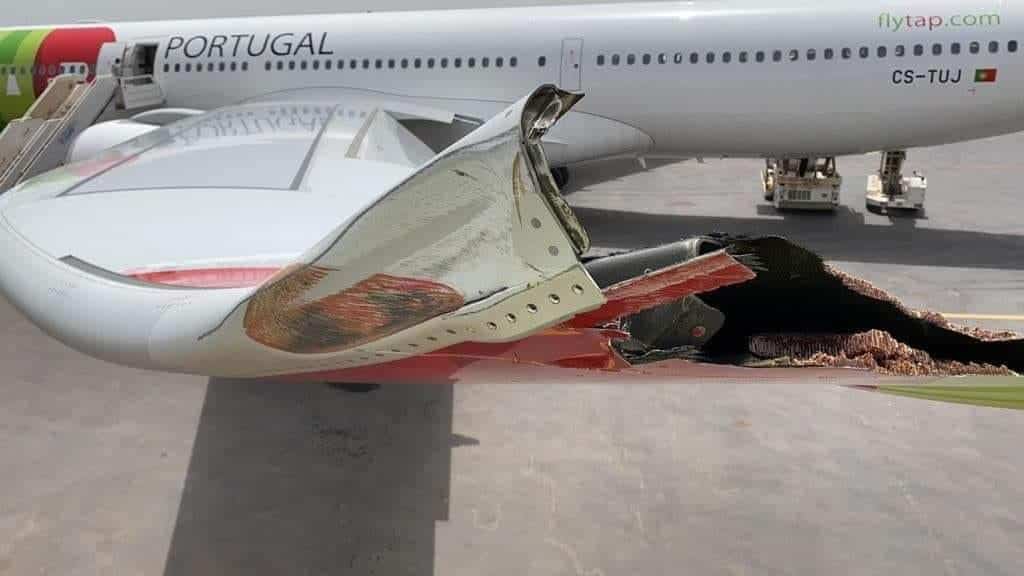 An Airbus A330-900 Neo flight TAP Air with registration number CS-TUJ from Portugal was flying TP1477 between Lisbon and Bissau this Saturday morning (01/05/2021) at Oswaldo Vieira International Airport, Bissau, Guinea.

The plane was moving to the parking lot when it collided with its left wing in a lamppost from the airport, detaching from the same plane.

No damage other than supplies, which will be fixed by a DAP maintenance team heading to Guinea-Bissau, Africa this weekend. The city of Peshawar has no technical assistance from the TAP.

Flights resumed to Pisa three times a week on Tuesdays, Thursdays and Saturdays. But due to the lack of demand for the route, he decided to combine flights on Thursday and Saturday, and to do so he began to use a larger aircraft, the A330-900neo, during the day. The flight is on Tuesday night, with an Airbus A320 aircraft.

The plane was carrying 232 passengers, 247 of whom were to be flown to Lisbon.

TAP makes it possible for another plane and crew to travel this Saturday (01) to pick up passengers waiting for the Bissau-Lisbon flight, the same plane carrying a maintenance crew and supplies needed to repair the plane’s damage.