Islam is a monotheistic religion that assumes the existence of one God. In the Arabic language, the word “Islam” means “surrender to God’s will.” The very name of the religion refers to its core belief – belief in one God, by Muslims who call God. The practice of Islam is based on adhering to the five “pillars of faith”: belief in one God, praying five times a day, fasting during Ramadan, giving alms, and making a pilgrimage to Mecca at least once in your life.

The founder of Islam is Muhammad ibn Abdullah, who lived in the years 570-632. We know him in Europe as Muhammad. He was an orphan who grew up with his grandfather and then an uncle who was a merchant. Thanks to this, Muhammad was able to travel with caravans, among other things, to Syria, where many believers of Christianity and Judaism live, and get acquainted with the main ideas of monotheistic religions. According to tradition, Muhammad looked for alternatives to Arab polytheism. He spent a lot of time alone in the cave of Mount Hira. There the first revelation occurred, after which Muhammad began to preach the following: “There is no God but Allah, Muhammad is the Messenger of Allah “..

Muslims believe that the content of their most important book, the Qur’an, was gradually passed on to Muhammad by the Archangel Gabriel, from the first appearance until the death of the Prophet. In Arabic, the Qur’an means “recitation” because initially the content of Islam’s holy book was only transmitted orally.

See also  Severe closure in Sydney. Residents rushed to the stores in panic

The Qur’an not only describes the life of Muhammad and introduces Arab myths, but above all includes the doctrinal principles of religion, moral principles, worship and ritual traditions, and even the provisions of criminal and civil law. Interestingly, the most important book for Muslims is not lacking in the stories we know from the Bible, which are either unchanged or have – usually – slight differences.

The image of Jesus Christ according to the Qur’an

Theologians often point out that Christ is mentioned 26 times in the Qur’an, and that his mother Mary is mentioned more often than in the New Testament. This distinction is to prove that Jesus is an important and unique figure not only for Christians, but also for Muslims, although he is presented and treated in a slightly different way.

A different perception results from tradition – according to the Qur’an, Christians distorted the word of God given by Jesus and the creation of the Holy Trinity, which is identical to Muslims with the presence of “three gods”, which is contrary to the basic doctrine of monotheistic religions. Therefore Muslims reject the idea of ​​the Holy Trinity, and therefore do not recognize that Jesus is the Son of God. As Eugenius Sakowicz, Professor of Theological Sciences notes: As a result of denying the title “Son of God”, Islam categorically rejected the mission of salvation of Jesus Christ. No messiah was expected or savior of the world. However, this does not mean that this character was not assigned a unique role.

The rest of the text is below the video.

In Islam, in relation to Jesus, the titles adopted by Christianity are not used, including the most famous and universal – Jesus Christ. Muslims refer to this character as “Isa bin Marjam,” literally Jesus, son of Mary. In the Qur’an, Mary is identified as one of the “four perfect women in Islam” and – similar to the Bible – she bore a son without the participation of a man, whose father – contrary to what is stated in the Bible – is not God. 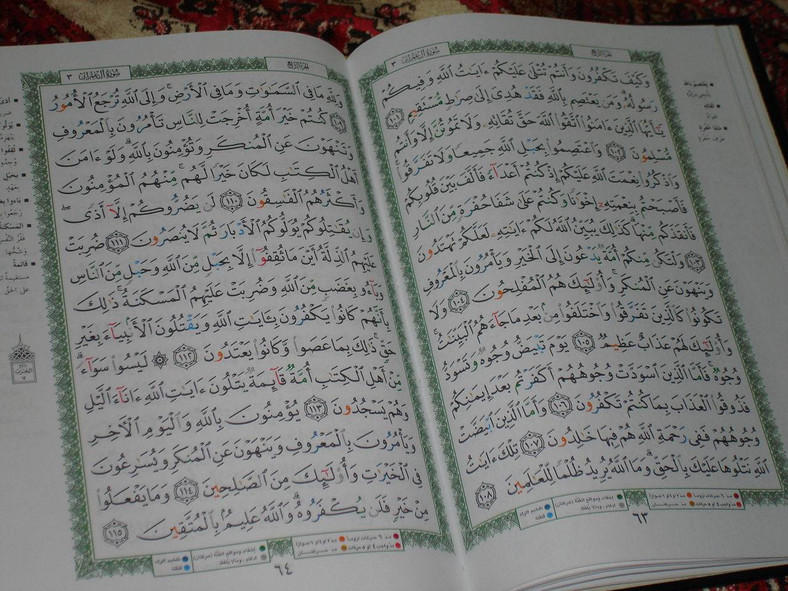 In Arabic, the Qur’an means “recitation”, because at first the content of Islam’s holy book was only transmitted orally.

Other titles in the Qur’an help us understand the role of Christ in the Islamic tradition. The title Christ is often used. In Arabic, this term means “the anointed one”, but most importantly, the interpretation of this title does not coincide with the interpretation recognized by Christians. According to the Qur’an, Jesus was neither chosen nor anointed to save the world. He is only supposed to set an example for the people, to be the servant of God by virtue of the covenant made between the Creator and the Prophets.

Another term used in relation to Jesus is the word. Jesus, the servant of God, proclaims the word of God, thus speaking in the name of God, showing people the right way. This title is connected with another: in the Qur’an, Jesus is also called the Messenger and Prophet of God, which best reflects the role of this character. God called Jesus as a prophet to reveal the reality of the one God. Muslims put him in conflict with the other most important of the prophets, giving him second place, i.e. directly behind Muhammad, which testifies to the respect held by the followers of Islam for Jesus.

According to the Qur’an, each prophet and messenger must perform a specific function or mission. The Holy Book of Islam presents the message of Christ in the following words: I have come to you wisely and I will explain to you a little about the differences (Surat XLIII, 63). The main and most important task of the prophet of God was to preach the Gospel. Jesus’ teaching and message also included performing miracles.

Maurice Godefroy Dempins asserts in his book The Birth of Islam that: Muhammad placed Jesus much higher than himself, above humanity in general, because he recognized that he had the power to perform miracles. The Qur’an presents four miracles that Jesus performed – breathing life into a clay statue representing a bird, healing a blind and leper man, resurrecting the dead, and setting a table. The description of this last miracle occupies the largest space in the holy book of Islam:

See also  Europe is like a castle. Why are EU countries closing themselves off to refugees? | world News 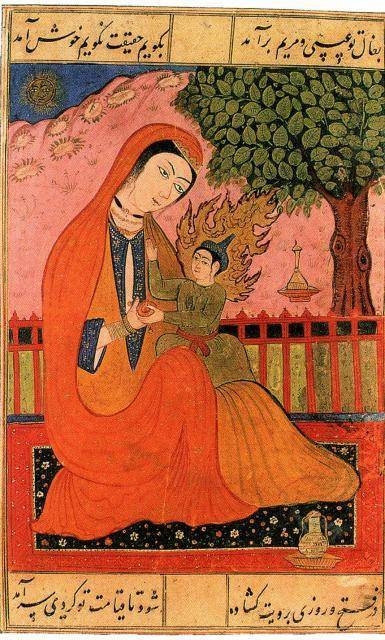 The apostles said, “Oh, Jesus, son of Mary! Will your Lord send us from heaven a table?” He said: Fear God if you are believers! They said: We want to eat from it to calm our hearts… Jesus son of Mary said: “Oh God, our Lord, send us from heaven a table, it will be a feast for us – the first for us and the last – and it will be a sign from you… Give us sustenance because you are the best of musicians.” God Almighty said: “I will send him to you. And whoever remains after that is a traitor, I will punish him with this punishment, to the extent that I have not punished any of the worlds.” (Surah Fifth, 112-115).

Although the Qur’an emphasizes the virtues of Christ and places him high in the ladder of prophets, it also emphasizes the fact that: He is only a servant that we gave to us, and we made him an example to the children of Israel (Surah 43, 59).

The martyrdom of Jesus

Muhammad did not want to endow Jesus with any special and superhuman qualities that would bring him closer to a divine being. This means that Jesus’ final destiny cannot be different from that of others. Islam’s holy book does not acknowledge the pain and death of Christ through his crucifixion. According to Islamic tradition, it is impossible for the Messenger of God to end his life in this way.

Gaudefroy-Demombynes emphasizes that: The Qur’an strongly rejected the sufferings of Christ because it considered them shameful. But in the most important book for Muslims it is difficult to find accurate information about the circumstances of Christ’s death. From the general accounts we can conclude that he died a natural death and ended up in heaven.

We are glad you are with us. Subscribe to the Onet newsletter to receive the most valuable content from us.