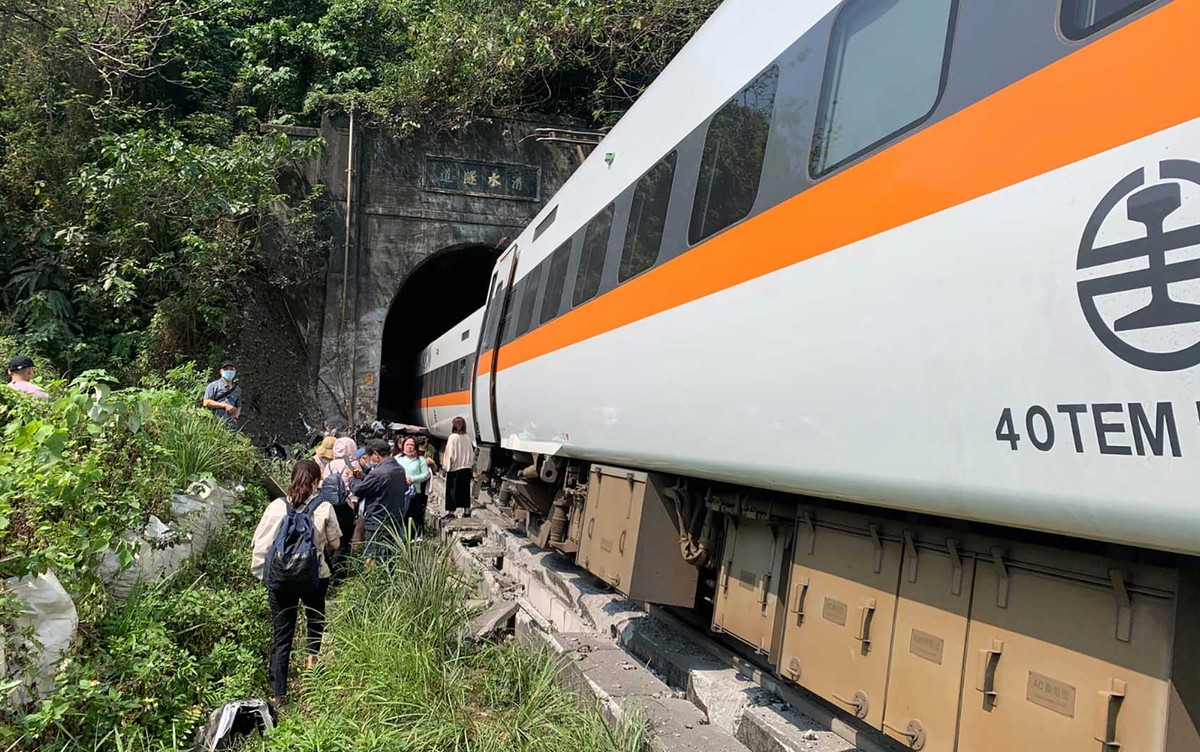 At least 41 people have been killed after a train derailed in eastern Taiwan, railway police say.

Police recorded 36 dead passengers. More than 60 people were taken to medical centers, 40 of whom were injured.

Passengers rescued from a derailed train in Taiwan – Photo: hsnews.com.tw / via AP

The accident happened at 9:30 a.m. (local) in a tunnel near the coastal city of Hualien. The eight-car train was traveling from Taipei to the southeastern city of Taitung, carrying about 350 passengers, the rescue center said.

The accident coincides with the start of the annual Grave Sweep Festival, a long festive week that fills the country’s roads and railways.

Taiwan’s Eastern Railway is often a tourist attraction because it runs along its east coast, which is considered beautiful. Through many tunnels and bridges, it passes through mountains and valleys before descending through the Huatong Valley.