Wall Street sells stocks after the Federal Reserve’s decision to raise interest rates. The Dow Jones Industrial Average hit its lowest level since January 2021, as its value fell below 30,000 points.

A massive increase in gas prices in the European market. We know the reasons

Gas in the Dutch TTF hub increased significantly due to reduced supplies via the Nord Stream 1 gas pipeline. Delivery contracts in July in two days…

At first, all Wall Street indices improved, and the session on the stock exchange ended with the first gain in several days.

However, the enthusiasm in the stock market was short-lived. The Dow Jones Industrial Average, one of the most important stock indexes for companies listed on the New York Stock Exchange, fell more than 600 points on Thursday and It was below the main level of 30,000 pointsInvestors fear that the Federal Reserve’s more aggressive stance on inflation will lead the economy into a recession.

The index reached its lowest level since January 2021 and it is not known when the series of declines will end. Since the beginning of this year, its value has fallen by more than 18 percent.

See also  What do you do when inflation is high? Warren Buffett has advice - not necessarily for investors

The Dow Jones Industrial Average is one of the most important stock indices for companies listed on the New York Stock Exchange and Nasdaq, that is, the stock exchange in the United States. It includes 30 major American companies. 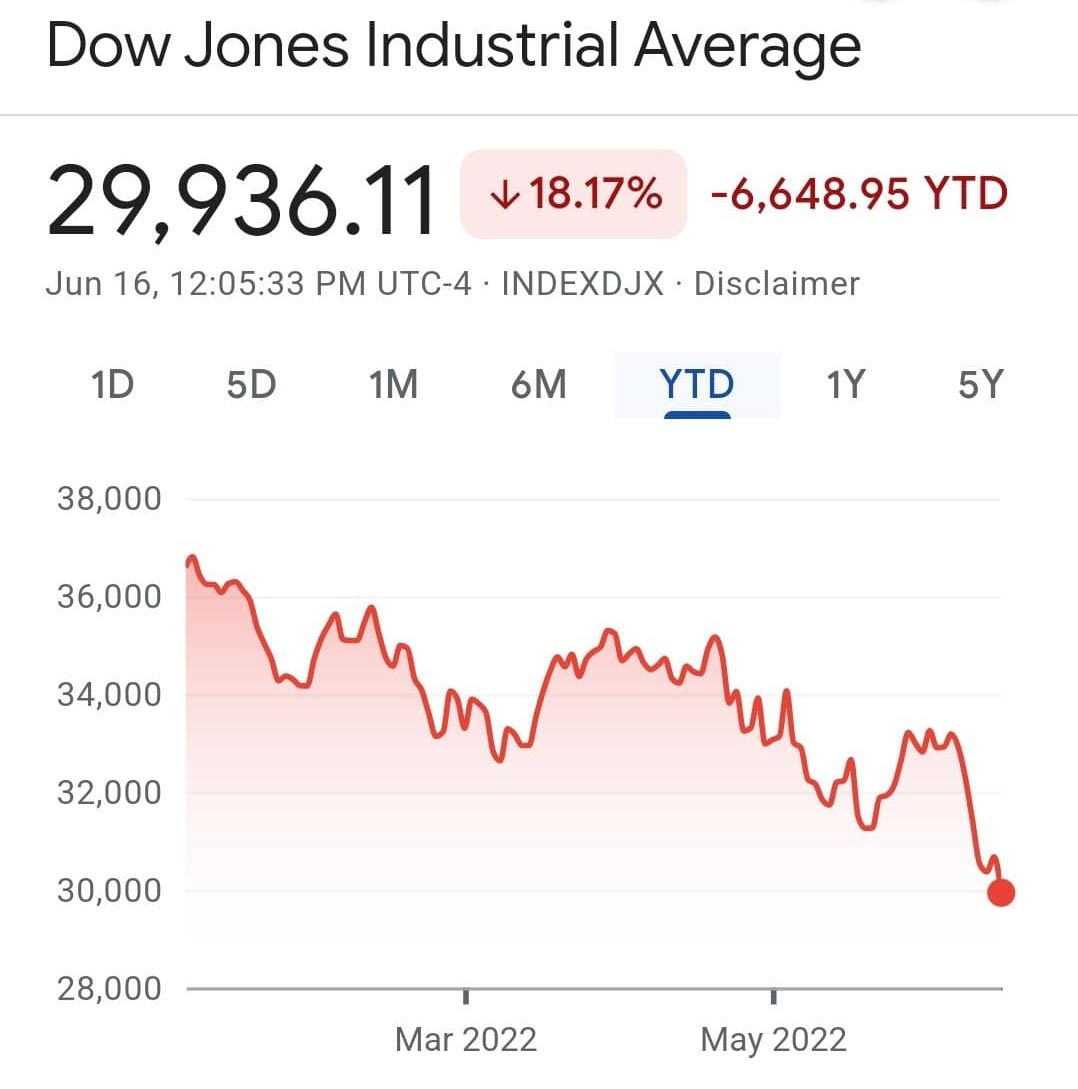